Bring Your Bear to Work

Much fun has been had in our office full of bears!

Teddy Bears are available in all shapes and sizes. They provide comfort in times of turmoil and protect us from the monsters lurking in the dark. Whether they are fury or woolly, old or new, big or small, Teddy bears are the childhood friend that never lets us down. Bring your Teddy Bear to work day celebrates the origins of the Teddy and all that you love about your bears.

The History of the Teddy bear.

A teddy bear is a soft toy in the form of a bear. Developed in the 20th century by toymakers Morris Michtom and Richard Steiff, named after US President Theodore “Teddy” Roosevelt, and is now an iconic children’s toy.

The name teddy bear, according to popular legend is based on an incident between President Roosevelt and a bear hunting trip in 1902. Roosevelt was the last hunter from the exhibition, who had yet to shoot a bear. His attendants hunted down a bear, cornered it and clubbed it into submission. The bear was then tied to a tree for the President to shoot. Roosevelt refused to shoot the bear, on the grounds that it was entirely unsportsmanlike, and it took no time at all for cartoons and stuffed bears to emerge called “Teddy Bears”.

Bring your bear to work day is your reminder that your childhood companion never abandoned you, and they deserve t not be abandoned by you.

Here at the Boxed-Up factory we have a great array of bears, helping us through our work day today! Our office has been full of sharing stories and memories of beloved childhood companions. Let us introduce you to our team of bears;

Rosie has been helping Planning Manager Bev in the Tree-House. 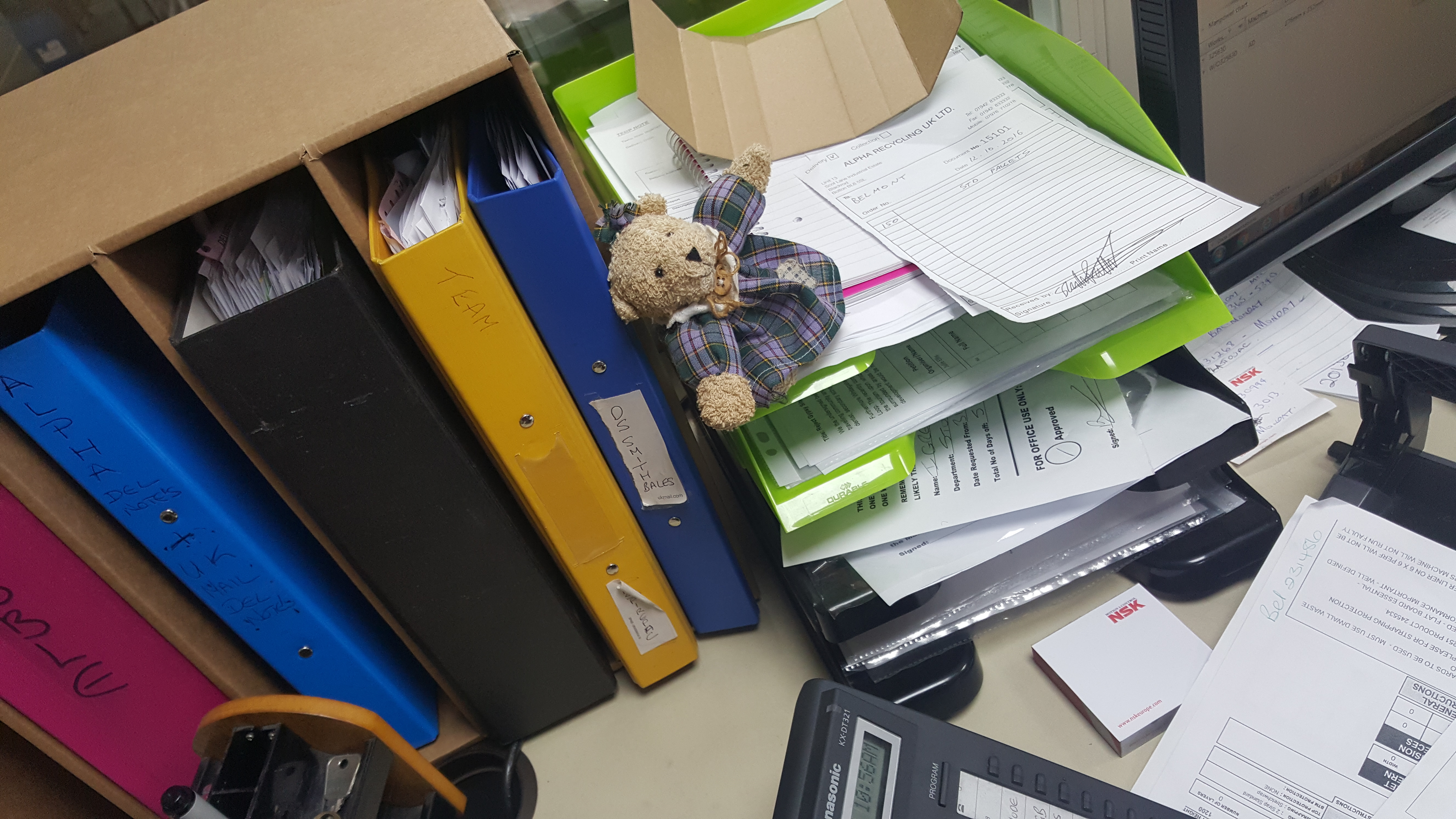 George has been assisting our designer Simon, complete with his own set of ear plugs! 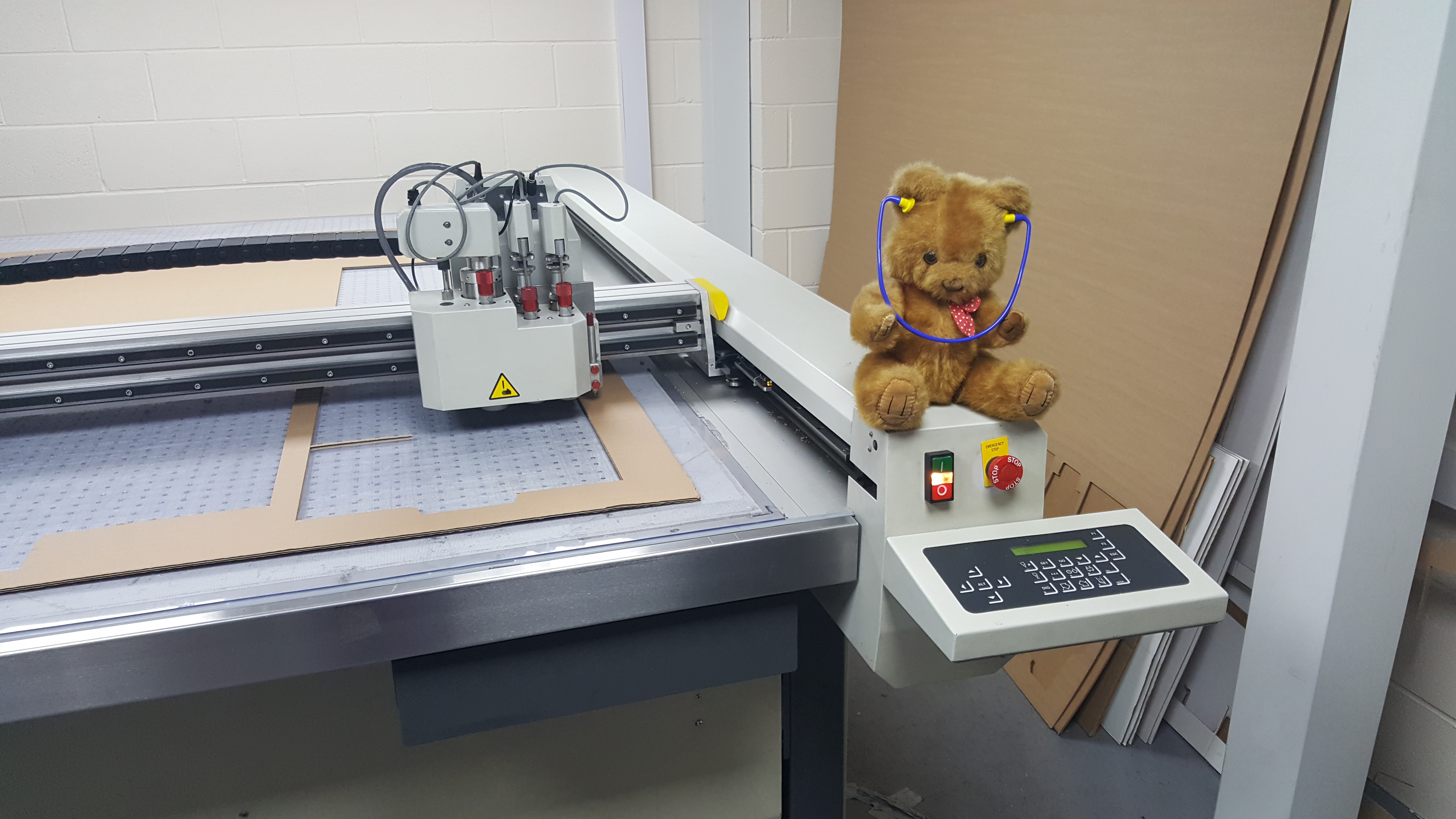 Geoffrey can be found with eCommerce Manager Rachel, looking dashing in his own hi-viz. 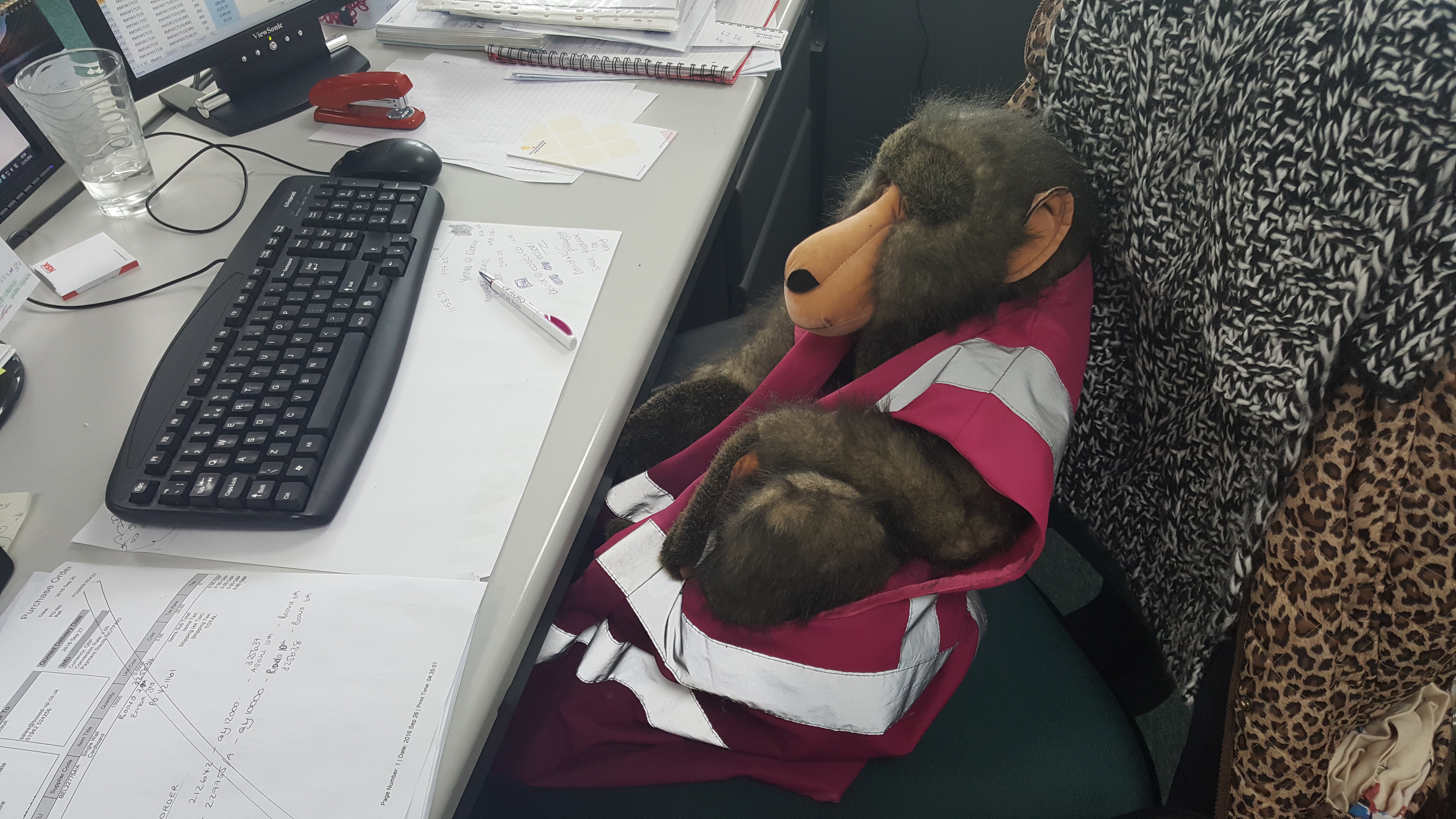 Bafle is all snug amoung the papers of Account Handler Julie's desk. 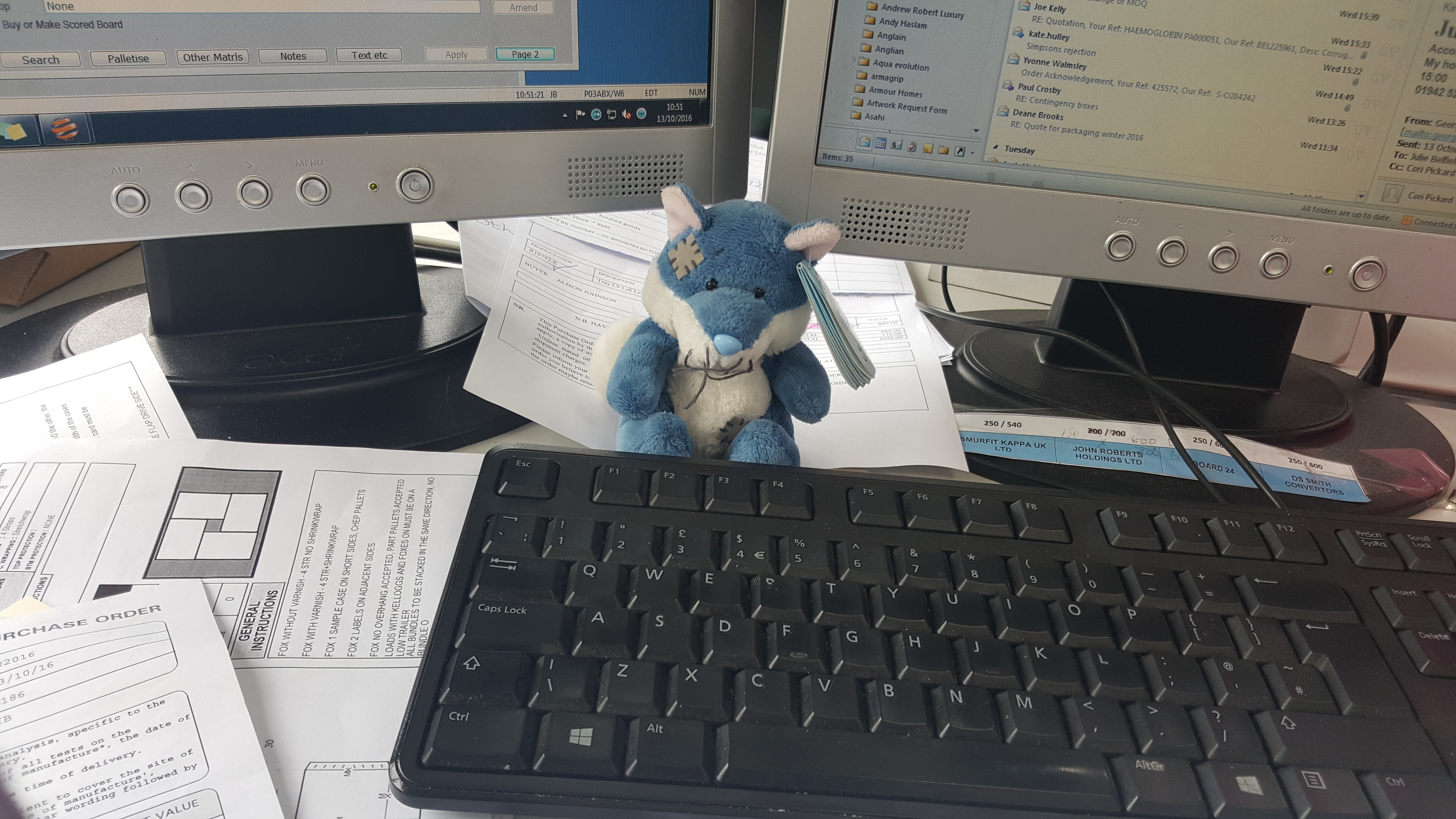 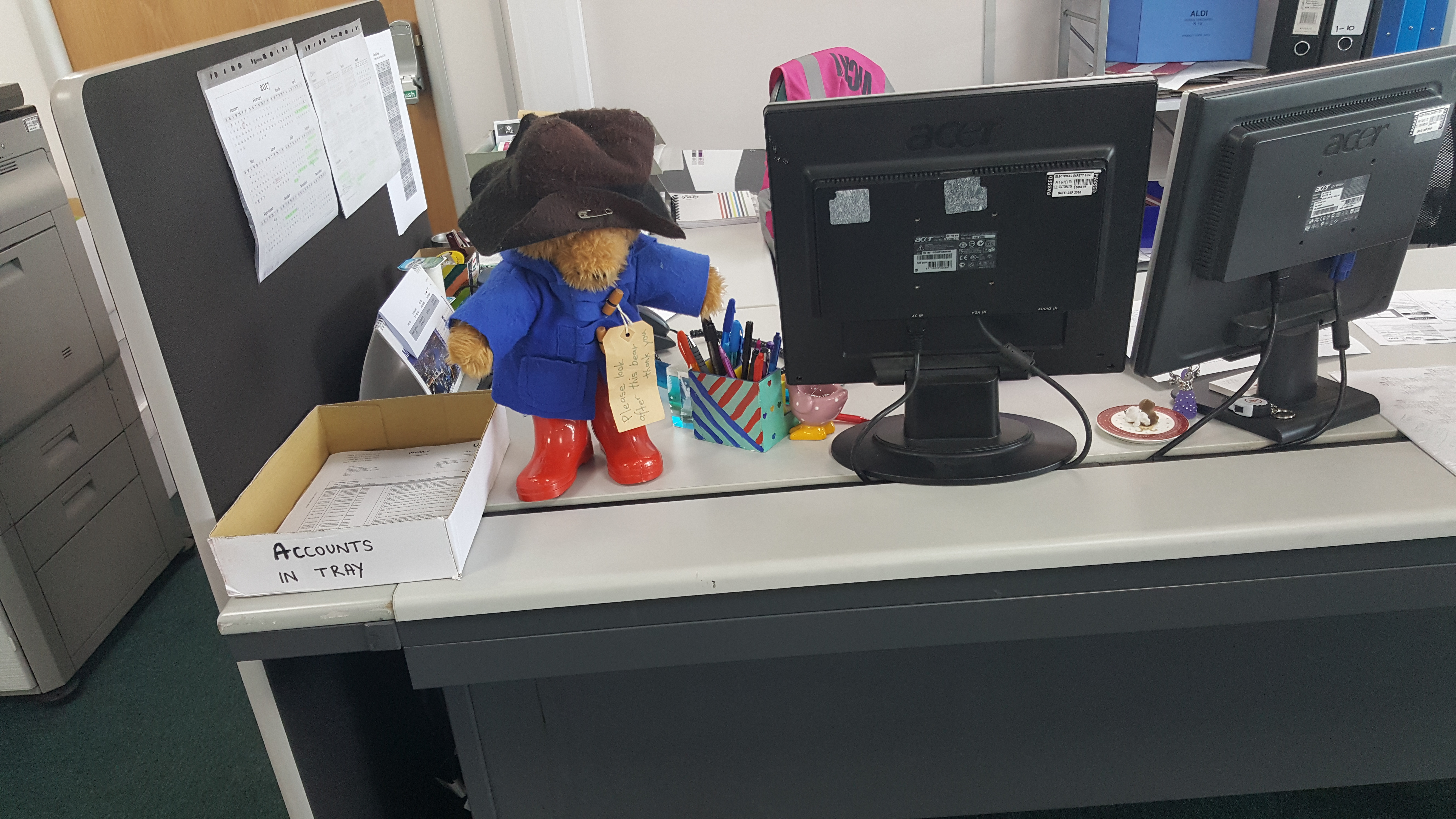 Mr Bean's Bear is found sleeping on the job next to Transport Manager Val. 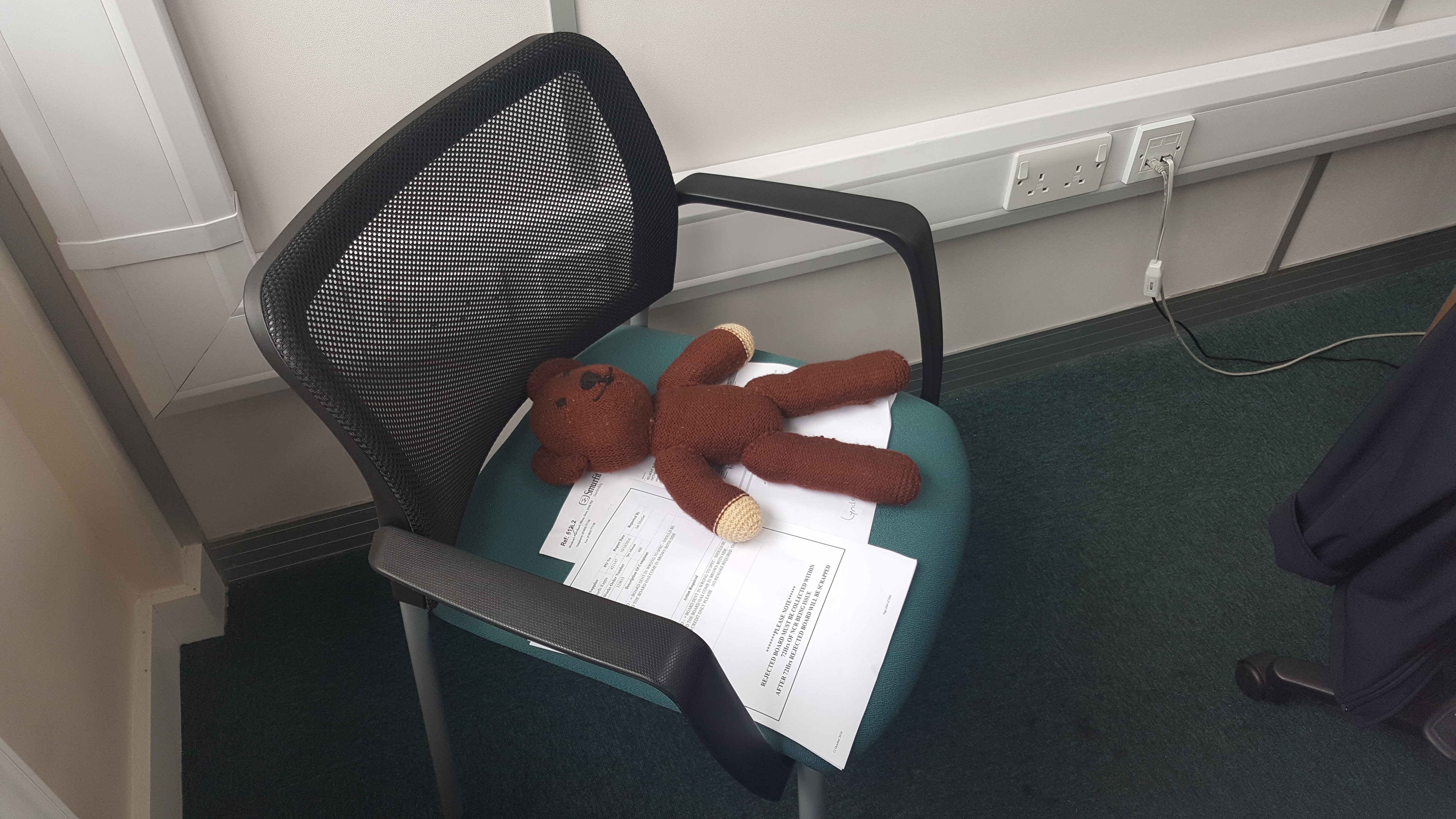