With all the controversy in the press these days within the film industry in Hollywood and the supermarket chains in dispute over equal pay, there has never been a better time to celebrate International Women’s Day.

IWD celebrates the social and political struggles that our previous sisters fought for, which included equal rights and holiday pay, issues that are still prelevant to this day.

Believed to have started in the 1900’s 15,000 people marched throughout New York in an attempt to demand fair pay and better working hours for women.

Rallies or marched were only allowed on Sundays, so that they did not disturb the equilibrium of home and working life and the day itself was originally called ‘Working Women’s Day’

Women were originally allowed to march on Sundays, so not to disrupt their home and working lives and was originally called ‘Working Women’s Day’

In 1975 the IWD was recognised by the United Nations and is celebrated throughout the world on the 8th March every year. Some countries celebrate the day by giving women gifts, whilst the day is considered a bank holiday in other countries.

Today the day is marked with rallies and marches, talks and artistic performances and brings together women’s organisations, the governments and various charities.

As a forward thinking manufacturers based in Wigan, the ladies from Belmont and Boxed-Up have joined together for a quick picture to support the IWD and the #PressForProgress campaign to help inspire other women. 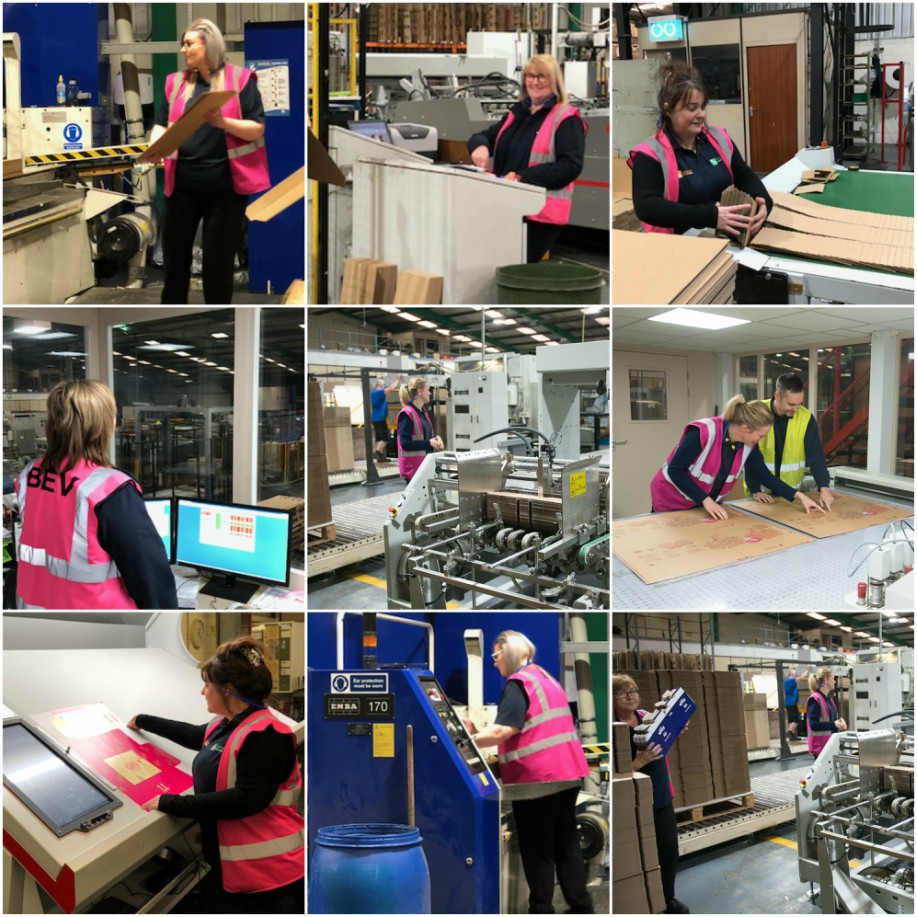 Change is needed and Belmont Packaging & Boxed-Up owner Kate Hulley is doing her bit to crush the stereotype in the Wigan factory, showing that women can and do work in traditionally male roles.

If you would like further information on the campaigns, performances, rallies or marched with the IWD, head on over to their website here.

Read more about how director Kate Hulley is helping to close the gender gap in manufacturing in the latest edition of Warehouse News here.

Never let gender hold you back from doing something that you are passionate about!